I’ve just finished reading it. Sitting in a hammock in Warren Gorge, a free campsite below rocky cliffs just south of the Flinders Ranges in South Australia. This morning we saw two rock wallabies playing like typical young siblings: one poking the other in the nose and giving little hooks and jabs, then what looked like affectionate nuzzling. Then I went for a run. I ran 20kms through country which is typical for up here: scrubby plains leading to spectacular escarpments, dotted here and there with reminders of tragedy and disappointment. Proby’s grave: he died at 24 trying to cross the flooded Wilochra Creek. Simmonston: where the town was surveyed, and a shop and pub were built, but then abandoned because the railway line wasn’t coming through town after all. And for me running is sometimes about letting go. There’s an emotional thing going on where something is being processed. People, times, incidents, embarrassments, hurts and successes, hopes I once had visit me, and at times I feel emotionally open to them and ready for them to pass through me, at least for now. Then I breathe deeply and run, and I become present again for a while, and then something else, some other idea or memory comes up, and I run with it for a while. 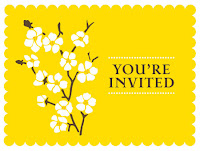